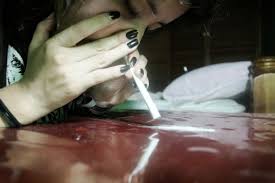 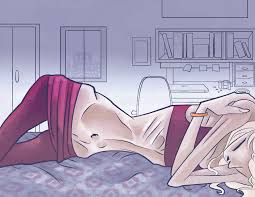 from adderalladdictionsupport.com, Adderall Side Effects For People Who Don’t Need It

from addictionblog.org, What happens when you snort Adderall?

Yes, snorting Adderall is dangerous. Not only can the negative side effects greatly impact your life, certain risks can actually put you in the hospital or worse even cause death. Because Adderall is a stimulant it not only has a quicker onset but negative consequences can also occur faster. Your increased risk of drug dependency can also make withdrawal harder. You can become addicted to Adderall, which will have a great impact on your life. Is the euphoric effect, the high, the concentration energy worth the risk of psychological disorder, infectious disease, or overdose? Look for these signs of overdose as danger signs after snorting Adderall:

Nasal administration of Adderall may be effective, but it is not recommended. Adderall works as a stimulant and has similar reactions on the body as cocaine. tf can cause paranoia or dizziness, increasing the chances of infectious disease, cause permanent nasal damage, overdose and even death. The effects of snorting Adderall to get a high or even try to effects your symptoms better are not worth the damage it does to your body.

Can you snort Adderall ?

Snorting Adderall is more of a behavior that addicts engage in as they need to quickly get high. If this is you, you may want to treat the abuse of Adderall and explore the reasons you feel the need to snort Adderall rather than take it as prescribed. Yes, snorting Adderall acts quicker on the body. But, you also run the risk of overdose, damage to the nasal passages, and cardiac arrest. Plus, it is never recommended nor will a doctor ever prescribe that you snort Adderall.

Do you know someone who is snorting Adderall? Then they may be addicted to Adderall and may need to help Adderall addiction. Look for the signs of addiction and whether or not they need to withdrawal or seek out a treatment facility.

From YouTube Video by Dr. Breggin – Psychiatric Drugs Are More Dangerous than You Ever Imagined

“Lets take a look at the stimulants that you may be taking as a college student or as a parent that you may be giving to your children. Follow up studies on people who were started on stimulants as children show that they have shrinkage of brain tissue measurable on brain scans. They have reduced height and weight. They are being incarcerated more often than other people. They are going to mental hospitals more often. Their suicide rate is increased. Every one of these facts documented by follow up studies of what happens to you if you get started on stimulants and one particularly well done study – The rate of Cocaine abuse is greater when you become a young man or women if you’ve been put on stimulants as a child. Thats because the stimulant drugs such as Ritilen, Conserta, Adderoll & Dexedrine are so simular to Cocaine in their effects.”